Since its inception in 1930 only 58 people have ever scored a goal in the World Cup Final. Of those 29 are alive today. At the time of the 2014 World Cup that figure was 34. It included bathroom salesman Dick Nanninga, vintner Paulo Rossi, and retired insurance salesman Martin Peters. It does not include Johan Cruyff, Diego Maradona, David Beckham, or Lionel Messi. It is the most exclusive club in football.

I came up with the idea of tracking them all down, photographing, filming and interviewing them. It took a while. The resulting film, “I Scored a Goal in the FIFA World Cup Final“, I made with Passion Pictures, was broadcast worldwide on ESPN, was nominated for an EMMY and won a Webby. A clip from the film can be seen above. There is also a photographic exhibition, Brazil to Brazil 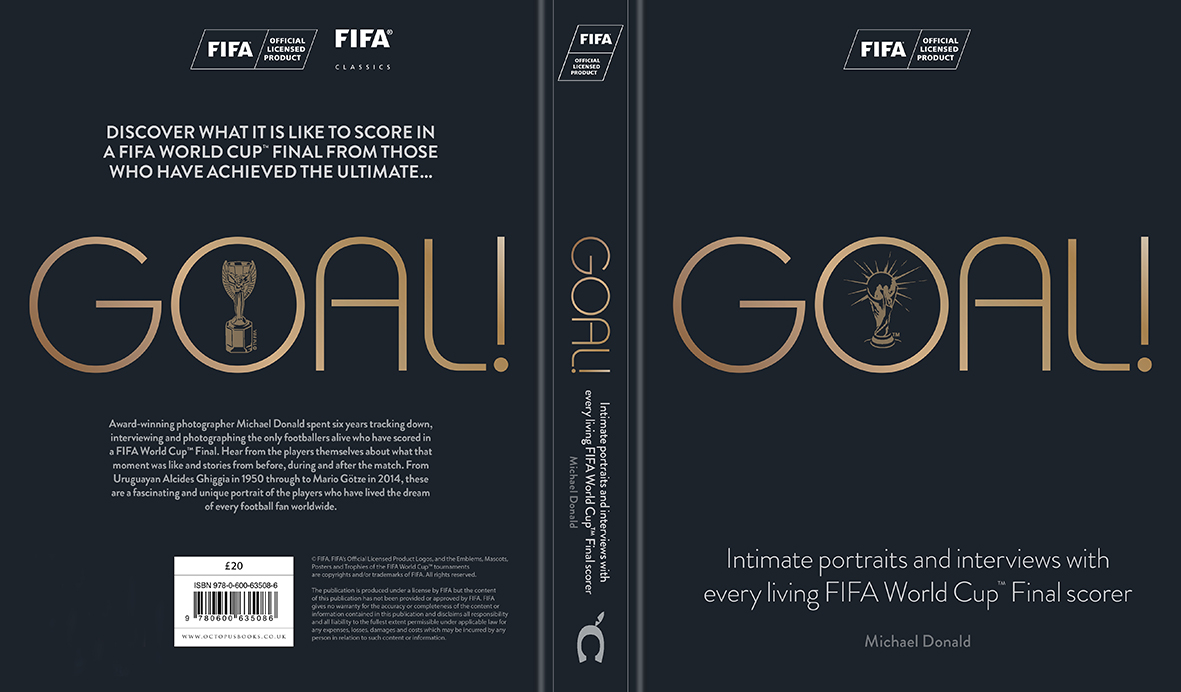 The book, GOAL! was published worldwide by Octopus/Hamlyn Books in October 2018 and is the official FIFA book for the World Cup in Russia 2018.

You can read a feature in The Sun newspaper about the whole project here, and subsequent features on Alcides Ghiggia here and Sir Geoff Hurst here.

It has been shortlisted for Illustrated Book of the Year 2018, at the Sports Book Awards.